Pressure is a measure of how concentrated the force is.  If the force is concentrated into a small area (for example the point of a nail) then there is a high pressure.  If is spread out over a large area (for example over many nails or the head of a thumb tack) then there is a low pressure.  The higher the pressure, the greater the chance that the force will penetrate a surface.  Sometimes we want a high pressure if we want to drive in a nail or a pin, and other time we want to reduce the pressure as much as possible by using as large an area as possible (big tyres, washers etc).

There are many other units for pressure however, which can be very confusing.  Bermuda, like the US, still uses pounds per square inch \((\text{psi})\) or \((\text{lb/in}^2)\) for tyre pressures.  Meteorologists use milliBars \((\text{mB})\)​ to describe air pressure and some may talk of inches of mercury.  Another unit of pressure often used in diving (see next topic) is the atmosphere \((\text{atm})\), which is equal to the pressure of the atmosphere.  The standard SI unit of \(\text{N/m}^2\) is also known as the pascal \((\text{Pa})\) ( in honour of Blaise Pascal, a French mathematician and scientist.

B - Pressure in Fluids

Objectives:
Pressure under something is due to its weight (the force of gravity that pulls it downwards) and the contact area.  This most definitely applies to liquids and gases as well as solids.  As it was originally thought of in relation to the depth of water it is known by the name 'hydrostatic' pressure.  (Hydro from water and static means not moving).  The pressure increases with the depth of the water and is easily demonstrated by using the spouting can.
It turns out that the cross-sectional area of the bottle does not actually matter as the weight of the water above the bottom increases in proportion to that area, so it cancels out.  The water pressure due to depth depends solely on the depth of the water, the density of the water and the strength of the Earth's gravity.
\[hydrostatic\,pressure=density×g×depth\]
\[P=\rho gh\]
Water has a density of \(1000\,\text{kg/m}^3\).  Sea water has a slightly higher density due to the dissolved salt.
For example, the hydrostatic pressure at the bottom of the Saltus swimming pool, which is \(2.5 \,\text{m}\) deep would be:
\[P=\rho gh\]
\[P=1000 \times 10 \times 2.5=25000\,\text{N/m}^2\]

Objectives:
One of the best uses of fluid pressure are hydraulic systems.  The name derives from water, although usually they are filled with oil to prevent corrosion.  Your teacher will have demonstrated the concept using medical syringes and clear plastic tubes.  When one of the pistons is pushed in, the other piston moves out because the compressible liquid must go somewhere.  The pressure applied to the first piston is transferred throughout the liquid and to the other syringe.  The joy of hydraulics is that a) the hoses are flexible and can move freely with no effect on the pistons b) changing the relative sizes of the pistons creates a simple machine and c) that you can have multiple cylinders connected to the control cylinder.  This is very useful for car braking systems.  One brake pedal controls 8 brake cylinders, that are larger and so output a greater force.  The flexible hoses allow the use of steering and suspension.
To calculate the force output, we need to consider the relative areas of the pistons.
Syringe 1 has the input force \(F_1=3\,\text{N}\) and cross-sectional area \(A_1=2\,\text{cm}^2\).  The output syringe 2 has a cross-sectional area  \(A_2=8\,\text{cm}^2\).
Pressure in the fluid is:
\[P=\frac{F_1}{A_1}=32=1.5\,\text{N/cm}^2\]
This pressure is passed through the liquid to the second syringe.  Therefore, we can calculate the output force by reapplying the same equation, but rearranging it to get the force on the left-hand side:
\[​F_2=P\times A_2=1.5 \times 8=12\,\text{N}\]
So an input force of \(3\,\text{N}\) produced a much larger output force of \(12\,\text{N}\)
.  Note that as the area was four times larger, the force became magnified by a factor of four too.

Of course, we can't get anything for nothing.  While we get a larger force from this machine, we have to move the piston a larger distance, some four times as far.  This is due to the amount of water that is moved from one syringe to the other having the same volume.

Objectives:
If a force is applied to an object that has a pivot point (fulcrum), then it can cause the object to rotate.  This turning effect is called a MOMENT - for reasons that your physics teacher has no idea about!  Anyway, this turning moment can be increased in two ways: So, this gives us a simple equation
\[moment=force \times distance\,from\,pivot\]
The units are \(\text{(Nm)}\)​ or \(\text{(Ncm)}\) depending on which you units you are using for the distance. 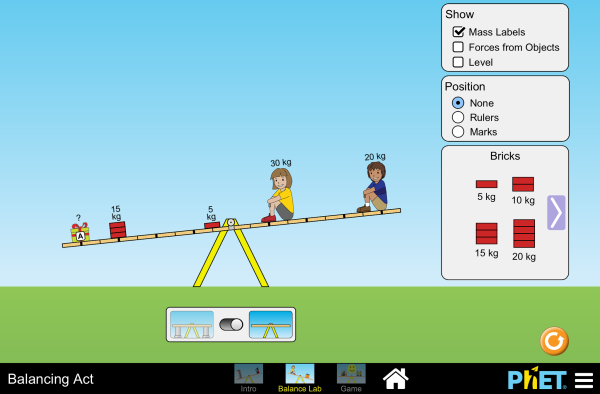 ​REAL WORLD EXAMPLE - Moving the BELCO Engines (May 2019)
Based on the BELCO and Royal Gazette websites the four new engines are MAN 51/60 DF, which weigh 280 tonnes (281,000 kg) each.  The generators that are attached to the engines weigh a further 60 tonnes (60,000 kg).  To move them, they have a custom-made 59 tonne (59,000 kg) transporter to reduce the pressure on the road.  From the photographs, I estimate that the contact area of each wheel, when loaded, will be 25 cm x 25 cm.  There are 14 sets of 8 wheels on each side, making 112 wheels.  The whole transporter is controlled by an intricate system of hydraulics that raise and lower the bed, steer the wheels, control the brakes and power the wheels.

​Activity - Calculate the pressure on the road.
The cranes are enormous - to prevent the ship capsizing as the engines are swung outboard, the ship moves water ballast to tanks on the opposite side.  Altogether, this needs very careful planning and a good knowledge of physics!